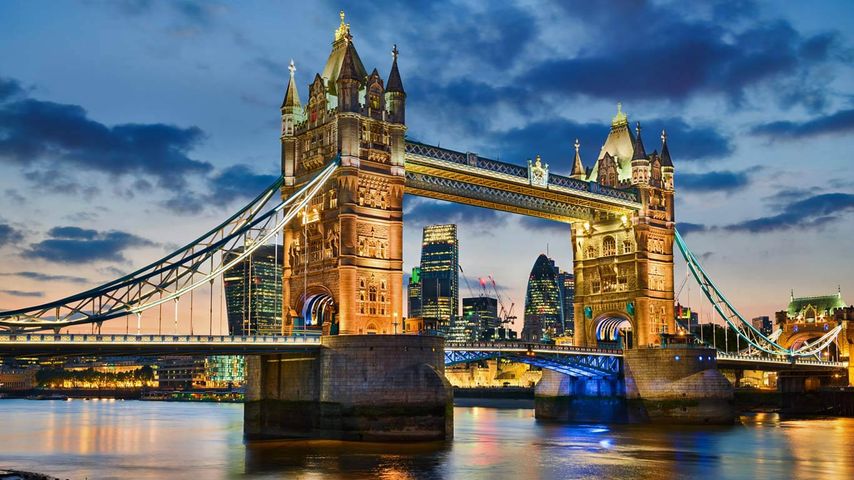 London’s Tower Bridge employs suspension-bridge technology on the outer spans that connect the north and south banks of the Thames and uses bascule-bridge design for the center span. Bascule bridges, also referred to as drawbridges, allow for one or two portions of the center span to lift up, so that tall boats can pass underneath. The original mechanisms that achieved this function reveal Tower Bridge’s Victorian origins: Coal furnaces powered steam engines that lifted the spans. The steam works were replaced with electric technology in the early 1970s, but the original machinery is preserved, and can be viewed on a tour of Tower Bridge.