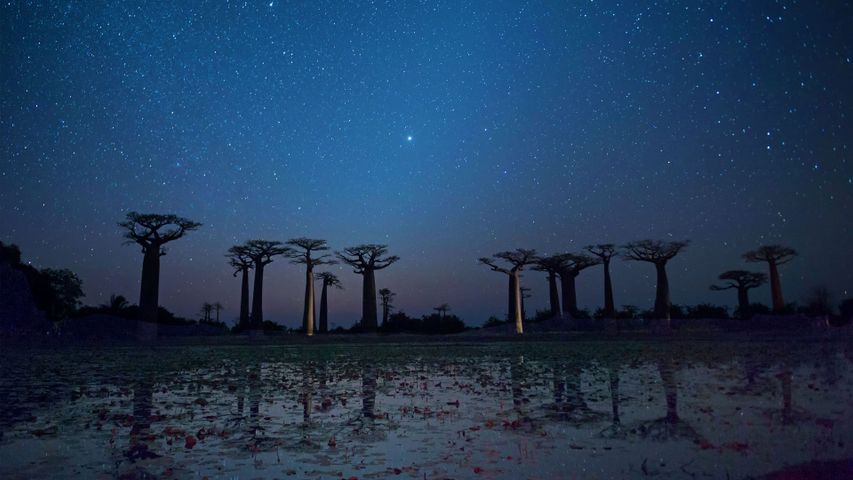 Who needs fireworks when you have a starry view like this? June 26 is Independence Day in Madagascar, marking the date in 1960 when the island country off the coast of Africa broke free from France’s rule. In honour of the occasion, we’re featuring the baobab tree, Madagascar’s national tree, known for its oversized trunk. Several species of the baobab are endemic to Madagascar – which isn’t unusual, as about 90 per cent of the plants and animals here are found nowhere else on Earth.