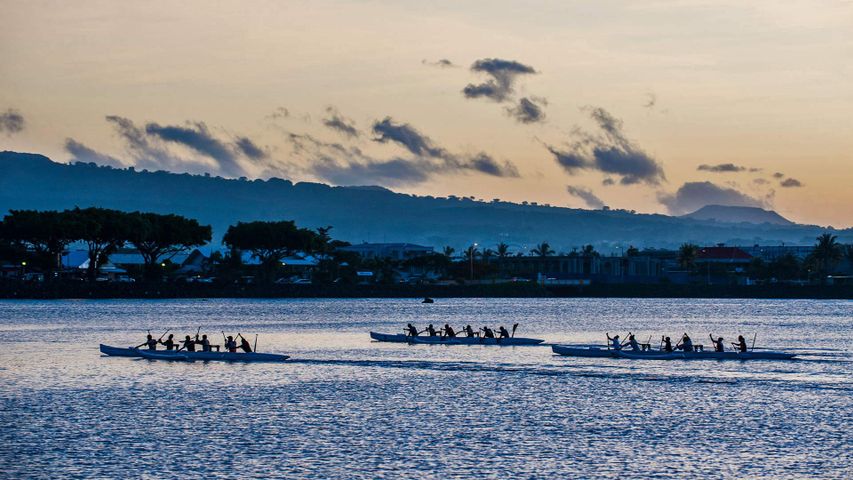 Come ashore in time to celebrate Samoa’s independence today! Ruled by New Zealand since 1914, Samoans eventually came to resent colonial authority, which many considered ineffectual and oppressive. A non-violent independence movement started gaining popular support beginning in the late 1920s. By Jan 1, 1962, Samoa became the first small-island independent nation in the South Pacific. These days, Samoans celebrate their freedom today, June 1. We hope those rowers in the canoes are back in time for the party.