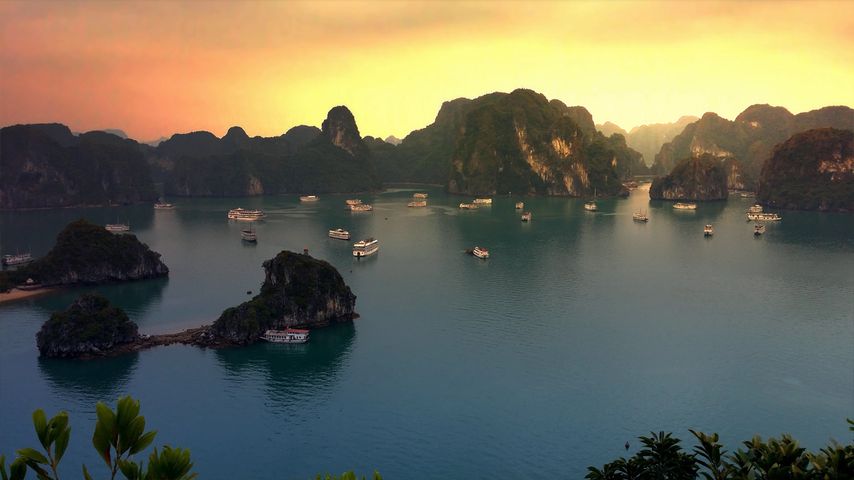 The tourist industry has brought many modern touches to the villages and cities along Hạ Long Bay. But thanks to the unusual landscape, plenty of stops along this jagged coast retain the charm of centuries ago. Local legend holds that a mountain dragon created Hạ Long Bay as it thrashed around on its descent, breaking up the coastline with its tail and eventually, tumbling into the sea, creating the bay. That’s more compelling than the geology lesson we had planned.

Aerial view of a pumpkin patch in Half Moon Bay, California, USA