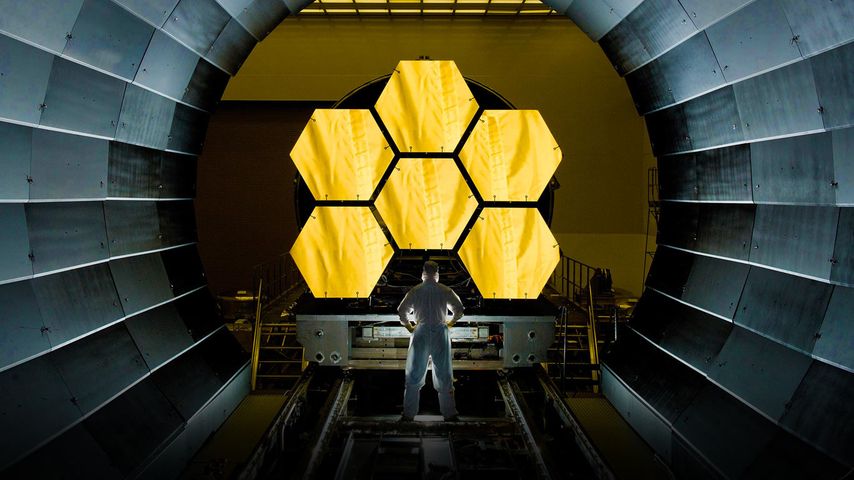 World Space Week draws to a close today. If you missed it, know that this image of a technician preparing a cryogenic test of mirrors for the James Webb Space Telescope (JWST) should give you ample fodder for Space Week joys in the near future. The orbiting satellite is set to launch in October 2018 and will beam back detailed images from space, much like the Hubble Telescope, but with greater resolution and an ability to observe some of the most distant objects in the universe. And hey, just because World Space Week is over doesn’t mean you can’t keep celebrating.

Love locks displayed on the Great Wall of China near Beijing

Stairs under Pyramid at the Louvre Museum in Paris, France