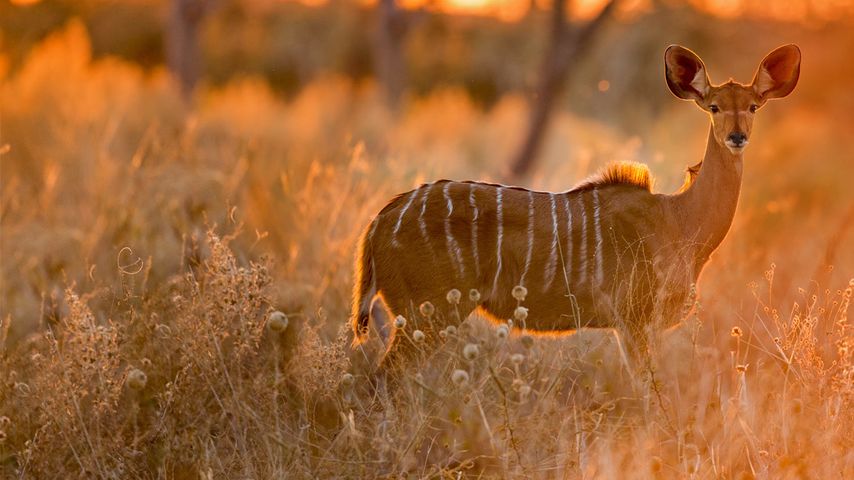 The female kudu lacks the spiraling horns of the male, but shares the brown coat with thin, white stripes. The coloration and pattern work well as a defense mechanism for these ungulates: If they sense a predator nearby, kudu often stand still, and in doing so, they become difficult to see in the African bushland and woods they call home. Though kudu are widely dispersed in the sub-Saharan regions along the eastern coast and southern portions of Africa, their total population is in decline due to habitat loss.