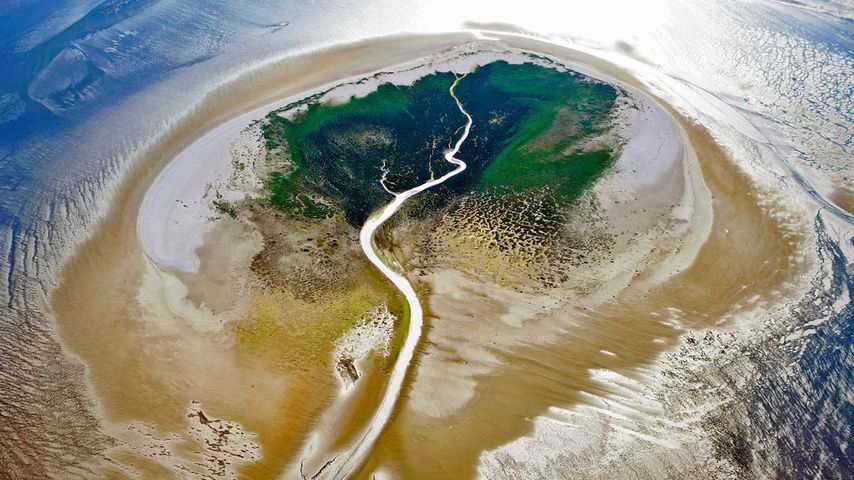 Fourteen islands make up the West Frisians, a chain in the Wadden Sea, which is an intertidal zone in the North Sea near the coast of the Netherlands. Some are occupied by humans, but several of the islands have protected status to benefit migrating and native bird populations. Zuiderduintjes is one of those protected islands, with around 180 acres of land that not only draws in birds, but seals as well. We bipeds are prohibited, so we’ll have to simply enjoy it via photos such as this one.