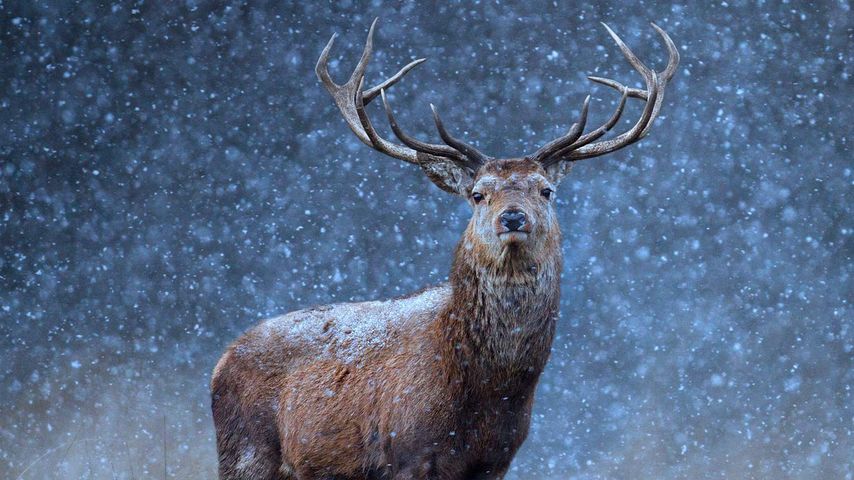 This isn’t one of Santa’s famous team of eight (or nine when foggy). Instead of a reindeer, this Christmas Eve we bring you a red deer, one of the largest deer species in the world. Red deer are common throughout the forests of Europe, Western and Central Asia, and the Caucasus. They’re even in the Atlas Mountains of North Africa, making them Africa’s only deer species. The deer hold a high position in the folklore and mythology of cultures that relied on the herds as a food source. Cave drawings often depict red deer, and for medieval hunters, a stag was the most prized quarry.