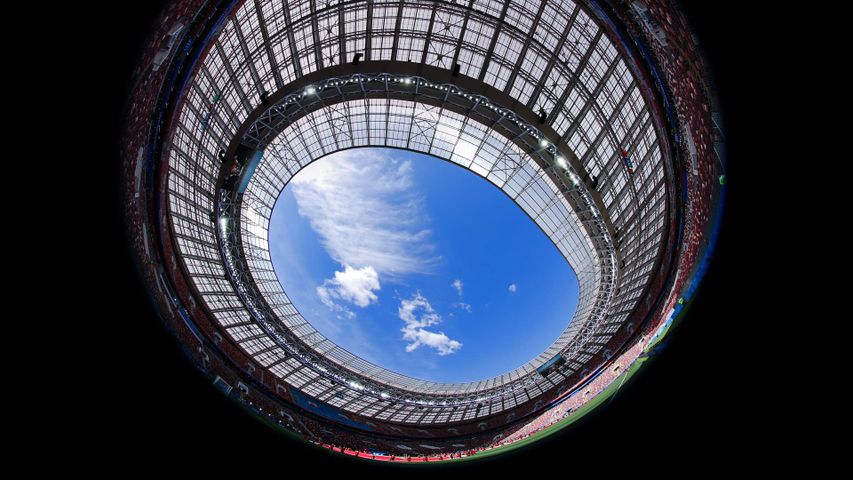 This photo captures an unusual view of Luzhniki Stadium in Moscow, Russia, where soccer's most prestigious event, the 2018 FIFA World Cup Final, takes place today. If you're still feeling fuzzy on World Cup details, here’s a quick primer: Today's event is the culmination of 64 matches that began June 14, with 32 men's national teams battling for the sport's top honors. Previous World Cup champs France face off against Croatia in today’s game. Croatia’s team is the 'Cinderella' of the match, as they’ve come through with some unexpected victories. Congrats to both teams for making it this far!