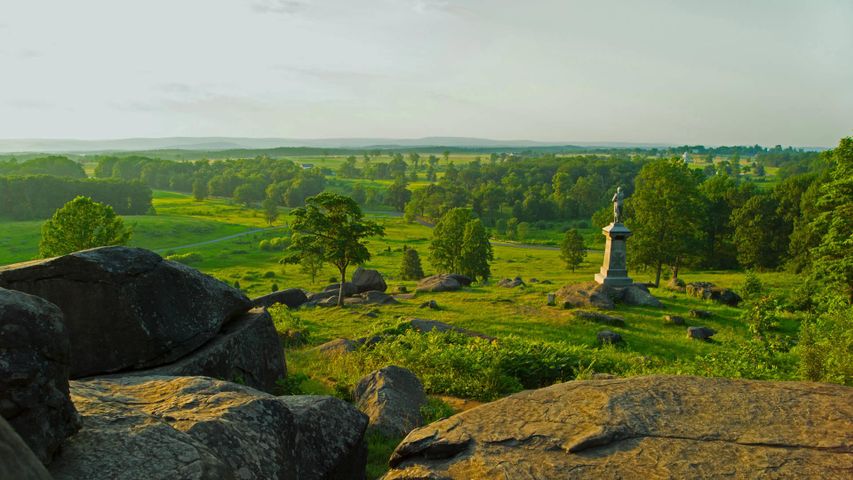 There are multiple monuments to the people who fought and died at the Battle of Gettysburg. Our photo shows the statue erected to honor the 155th Pennsylvania Infantry, a volunteer regiment that joined up with the Army of the Potomac, which was led by Union General George Meade. And 155 years ago today, the Confederate forces began to retreat to Virginia after three days of vicious combat. With total casualties on both sides of roughly 50,000 lives, the Battle of Gettysburg remains the most costly conflict in US history in terms of lives lost.