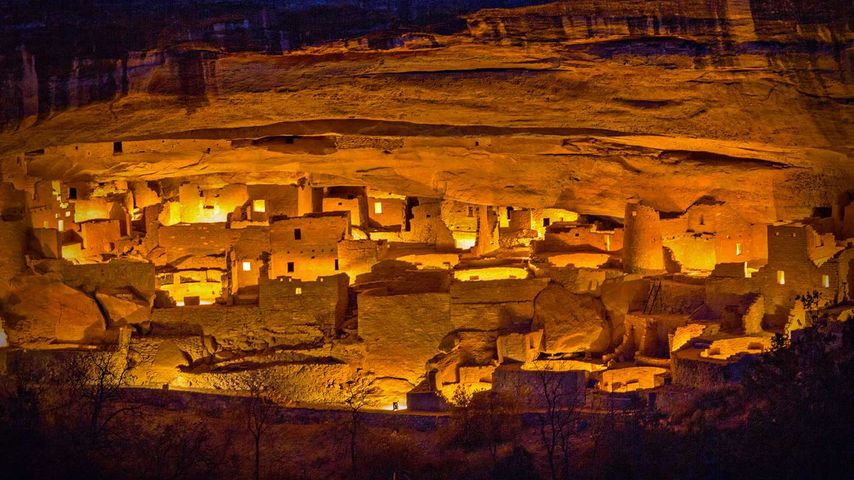 Time and human interference had taken its toll on Cliff Palace. The Ancestral Puebloan city, abandoned by the tribe around 1300 AD, was carefully cleaned up and even rebuilt a little recently. So when US national park rangers re-opened the site to the public in 2015, they celebrated with a luminaria display in Cliff Palace. The paper lanterns—a Christmas tradition started by Spanish explorers here who’d seen Chinese paper lanterns and adopted the idea—perhaps give Cliff Palace a bit of the firelight charm it had during the era of the Ancestral Pueblo people.