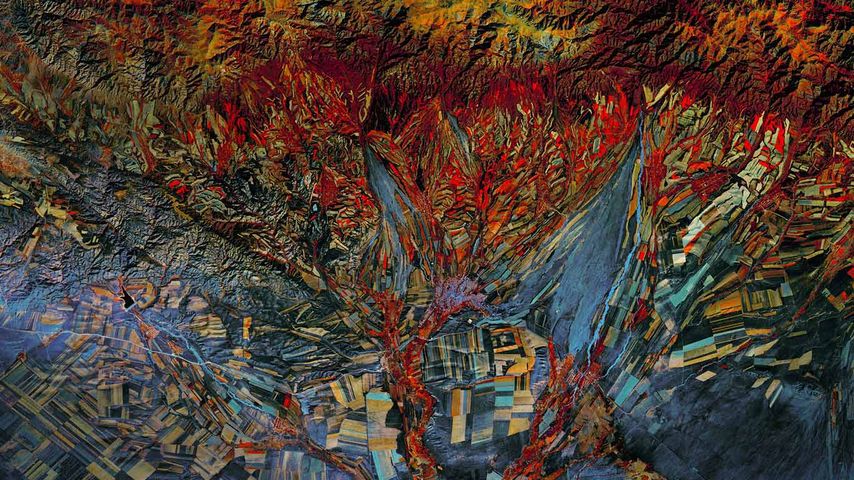 The Landsat Earth-imaging programme is jointly managed by NASA and the US Geological Survey. Its mission is to capture a continuous visual record of the Earth’s surface and it’s been doing this for longer than any similar endeavour. The first Landsat craft, known as the Earth Resources Technology Satellite, launched in 1972. Landsat 8 launched in 2013 and continues to orbit the Earth, taking photos such as this composite image of Kazakhstan’s topography. This photo combines infrared imaging with a more traditional full-spectrum photo. And because of its quilt-like appearance - as if Picasso had made quilts - this image is included in the Landsat ‘Earth as Art’ collection of photos from the satellite.