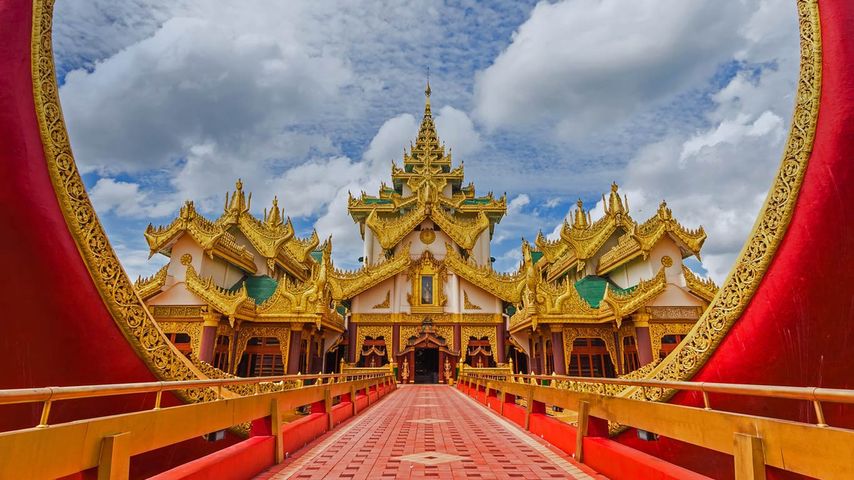 On the shore of Kandawgyi Lake in Rangoon (Yangon), Burma (also known as Myanmar), stands the gilded palace barge called Karaweik. It’s a concrete replica of a traditional royal floating palace and was built in 1972. Today, there’s a restaurant and performance space inside, welcoming visitors with traditional folk music and dance. Kandawgyi Lake itself is man-made, a relic of the British colonial occupation of Burma during the 19th and early 20th centuries.

The village of Perast and the Bay of Kotor in Montenegro