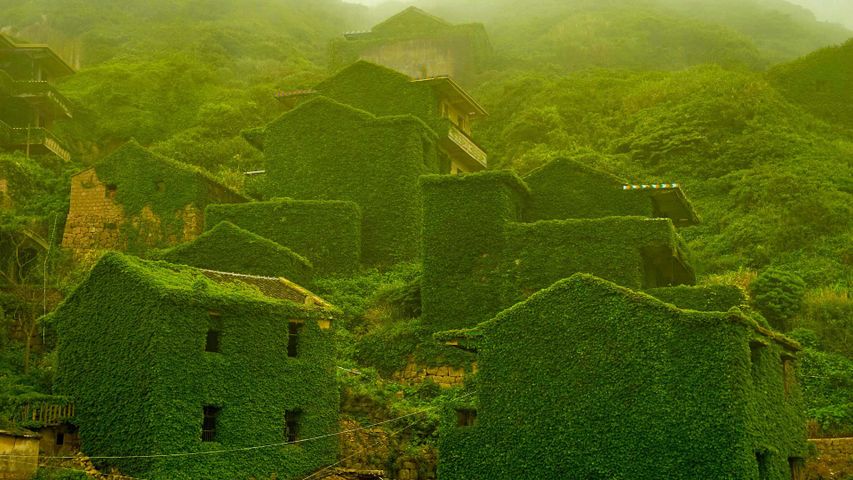 Houtouwan was a fishing village on Shengshan Island, one of nearly 400 islands in an archipelago in Hangzou Bay, about 60 kilometres from Shanghai. By the 1990s, most of the village’s residents, about 2,000 in all, had left the island. Problems with food delivery and education have been cited as the primary problems that caused the mass exodus. Now the village, overgrown and slowly decaying, has become something of a tourist attraction, with a few full-time residents conducting tours of this eerie, green ghost town.