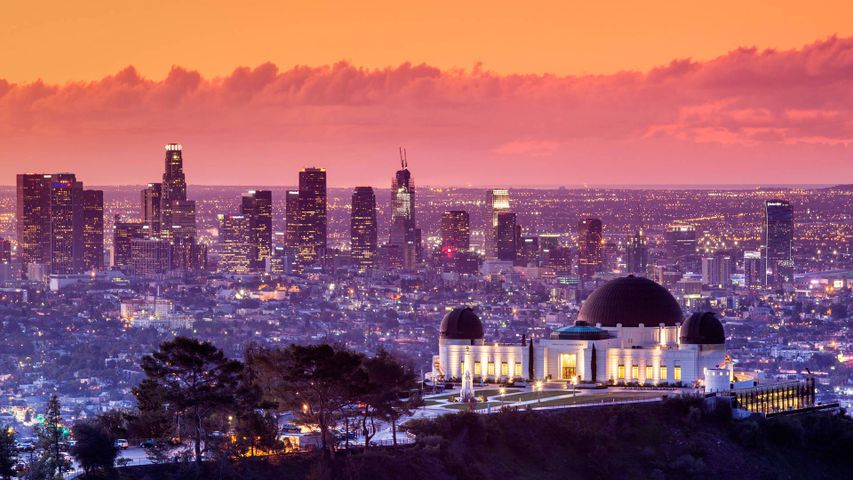 With downtown Los Angeles in purple shades to the southeast, Griffith Observatory’s domes and Art Deco façade stand out in the foreground. The price of admission to this science-celebrating public space is the same today as it was when it opened in 1935: free. The building and grounds are such an iconic part of the Los Angeles landscape that the space has been used as a filming location for dozens of movies and television shows. Most recently, it was the setting of a dance sequence in La La Land, which has been nominated for a record-equalling 14 awards at tonight’s Oscars.