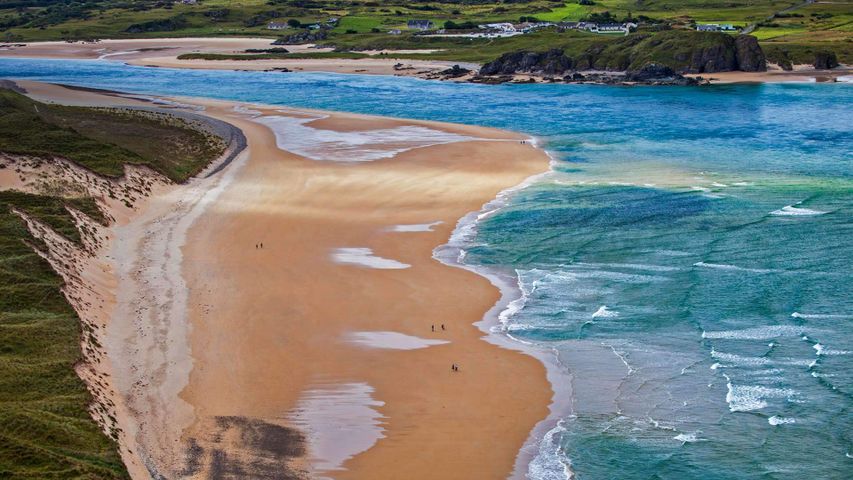 We’re not in the tropics for Saint Patrick’s Day, but have instead visited the Five Fingers Strand, up on the north coast of Ireland. Of course, Ireland’s known for its rugged, craggy coast, but it turns out that the Emerald Isle has some wonderfully inviting beaches as well. The Strand is on the Inishowen Peninsula, where the village of Malin gives way to Banba’s Crown, the last bit of land before you’ll take a bracing dip in the North Atlantic. We’ll stay out of the water and take a stroll on the sands instead, maybe head in to town before sundown.