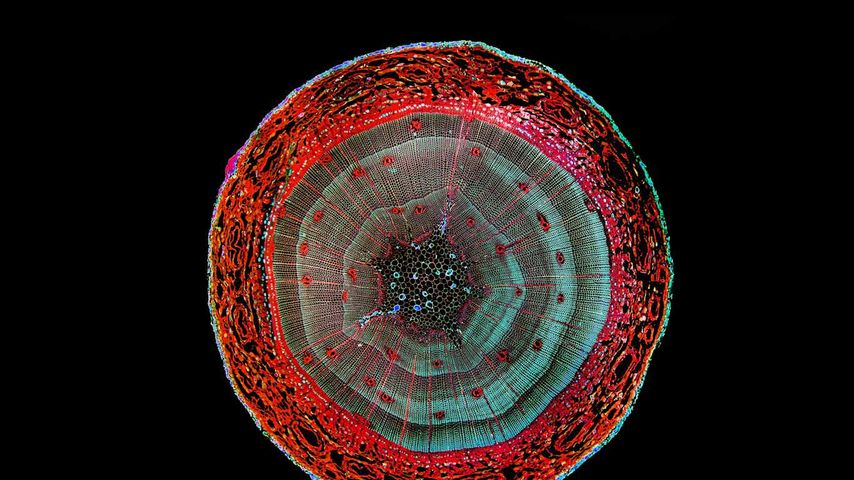 Enhanced image of a cross-section of a pine stem

Enhanced image of a cross-section of a pine stem

This enhanced image of a cross-section of pine stem shows the growth of the plant’s inner and outer tissues. It also demonstrates how frequently circles appear in the natural world, as the growth of the pine pushes out nearly equally from the centre point. It’s not a perfect circle, but you could calculate the circumference of this stem by using the mathematical constant we call ‘pi’.

Why call out pi? Because today is Pi Day, an observance that’s been around since at least 1988, when the staff of the San Francisco Exploratorium first organised a march to celebrate the date of March 14, which is written 3/14 in the United States. That's an approximation of 3.14, the first three digits of pi.