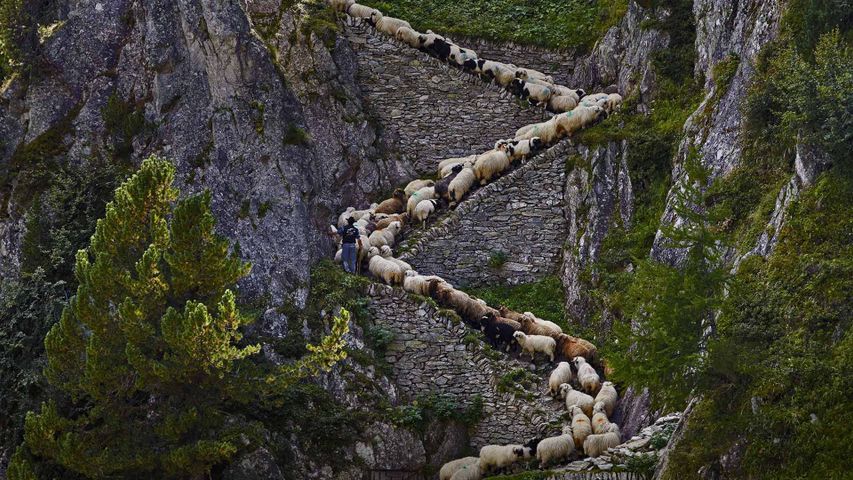 Every spring in the Valais region of Switzerland, sheep and cattle herds are driven from their lowland pastures where they’ve spent the winter, up into the Alpine pastures to graze all summer. This movement is known as a ‘transhumance’ and it goes on all over the world. It’s not a traditional nomad herd technique, but instead follows a predictable seasonal pattern. The passages are often difficult and steep, but as seen in this photo, the sheep and their shepherds seem up to the task as they make their way up to the Gemmi Pass.