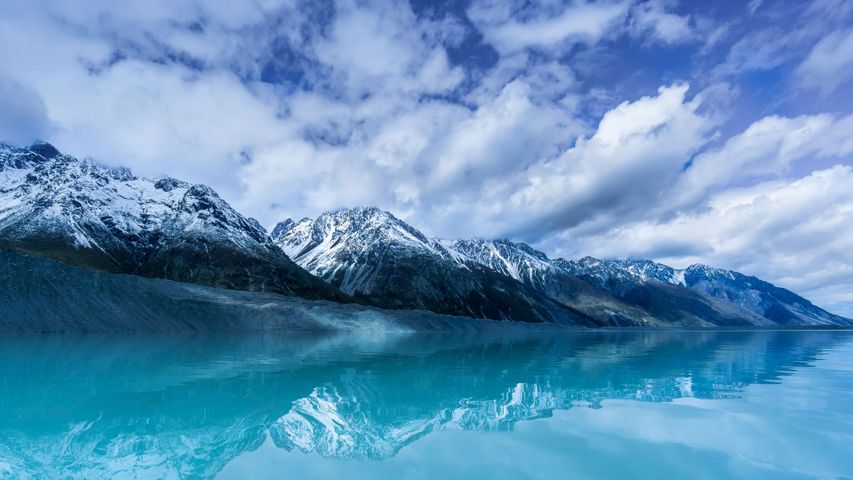 Tasman Lake in Aoraki/Mount Cook National Park on New Zealand’s South Island didn’t exist until 1990. When Tasman Glacier began to melt, small glacial pools began to coalesce into a substantial body of water. As the glacier retreats an average of 590 feet a year, Tasman Lake grows ever wider and deeper. It won’t keep growing forever, though. Scientists estimate that the glacier that feeds Tasman Lake will disappear entirely within the next couple of decades.