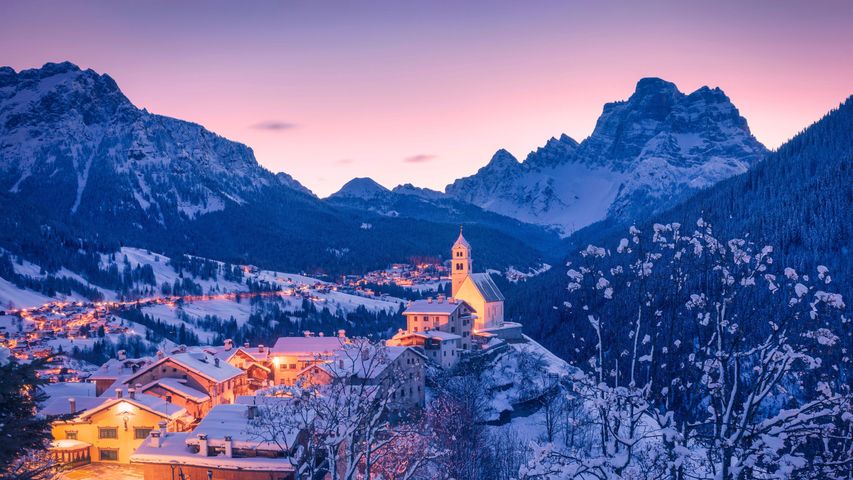 This tiny hamlet on the slopes of the Dolomite Mountains is so picturesque, we'd understand if you mistook it for a movie set. But Colle Santa Lucia is a real village in Italy with about 400 residents. Despite its location in Italy's northern reaches, the village is more culturally Austrian than Italian, and is only a stone's throw from the Austrian border state of Tyrol. And like its Austrian neighbors, Colle Santa Lucia is known for its peaks and ski resorts. It has more in common with wintry Innsbruck than sunny Venice, which is less than 100 miles away to the south.