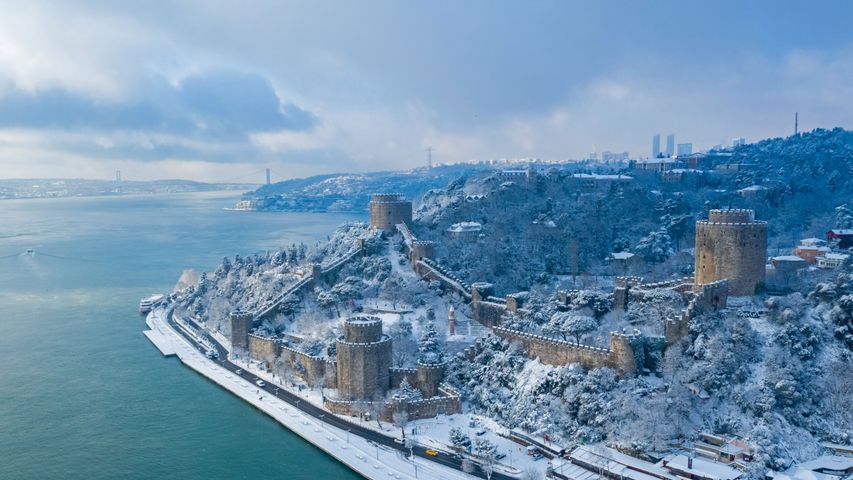 Though Türkiye usually lives up to expectations as a warm Mediterranean country, snow occasionally falls here. This winter dusting of Istanbul, Türkiye's largest city, brings into sharper focus the lines of Rumelihisarı in the center of our image. The structure, also known as Rumeli Fortress, was built in the 15th century by an Ottoman sultan as a way to choke naval traffic through the narrow Bosporus Strait. The Bosporus connects the Sea of Marmara to the Black Sea, separating Istanbul into what are often referred to as its 'European side' and 'Asian side.' Today, the fortress isn't used to fire upon ships but serves as a museum and concert venue. While the place has changed over the centuries, the killer view hasn't.