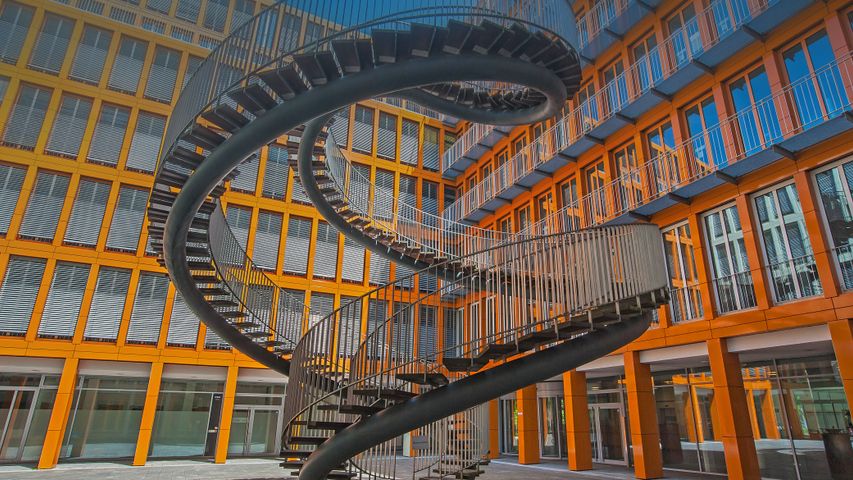 Made a New Year's resolution to boost your fitness? Let us present National Take the Stairs Day. (You're welcome.) The annual event began informally in 2016 and was later adopted by the American Lung Association. It's an ingenious way to nudge people to exercise – most of us encounter stairs during our day, so there's really no excuse. Climbing stairs is a low-impact activity that raises your heart rate and burns calories.

Of course, you may not have access to a cool, curly staircase like this beauty, which is actually a sculpture rather than a conduit. 'Umschreibung' is tucked away in an office building complex in Munich's Schwanthalerhöhe district. Creator Olafur Eliasson says he intended the sculpture—known locally as 'The Stairway to Heaven'—to convey 'movement without destination, a space defined by motion rather than walls.' Mission accomplished.