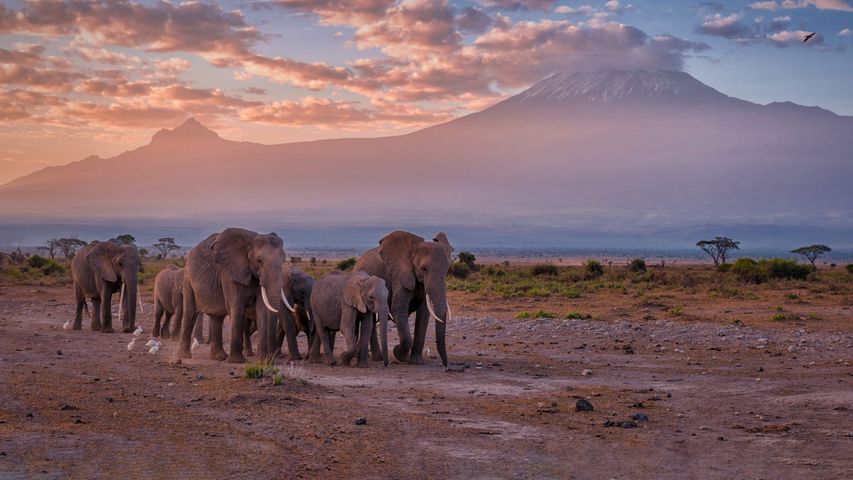 We're taking a walk with these beautiful African bush elephants crossing the vast savannahs of Amboseli National Park in Kenya. Amboseli National Park is famed for its elephant populations and views of Mount Kilimanjaro on the horizon, known as the Great White Mountain to local tribes. Measuring 5,895 metres above sea level, it is the highest volcano in Africa and the Eastern Hemisphere and is also the highest free-standing mountain in the world. Olive baboons, civets, leopards, mongooses and servals are said to live in the forest that cover the mountain’s lower slopes, but to see the peaceful creatures in today’s image you’ll have to book a safari. And while the park is famous for being the best place in the world to get close to free-ranging elephants, habitat loss and poaching for ivory have severely impacted the populations of the bush elephant and its cousin the forest elephant, which roams the nearby foothills of Kilimanjaro.

The seafront and promenade of Aberystwyth in Ceredigion, Wales