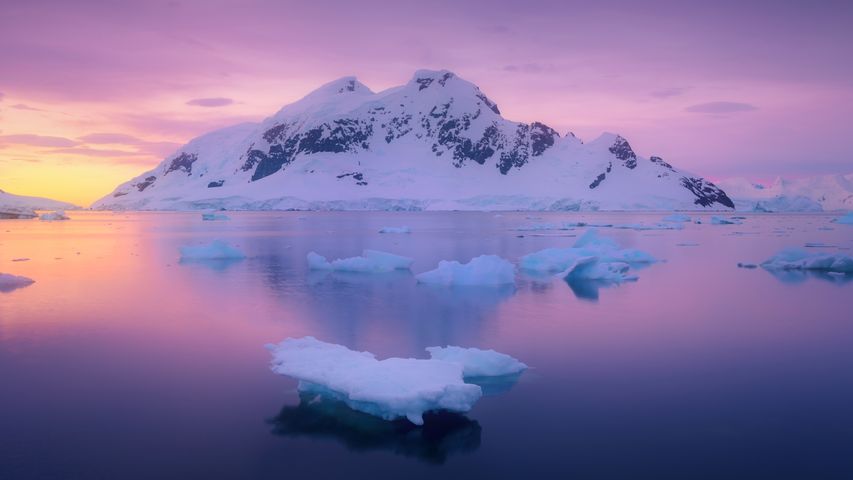 The most isolated continent in the world is the polar desert that is Antarctica, the coldest, driest and windiest continent on Earth. Inhospitable as it sounds, Antarctica, which lies almost completely below the Antarctic Circle, is also a place of stunning beauty as evidenced by this image of Paradise Harbour, aka Paradise Bay, near the tip of the Antarctic Peninsula.

The Antarctic Peninsula is the northernmost part of Antarctica and the closest to South America, making it relatively accessible. Paradise Harbour is one of the most visited places on the continent, and a regular stop for civilian cruises. The area is home to a thriving colony of penguins and is an excellent place to see glacial calving. While the loss of glacial ice is normal, the process has accelerated at an alarming rate due to global warming. The thick ice sheet that covers Antarctica accounts for 70 percent of the planet’s supply of fresh water. To put that in perspective, if it all melted, sea levels would rise by 60 metres. Without this land of ice, the world would look a lot different.