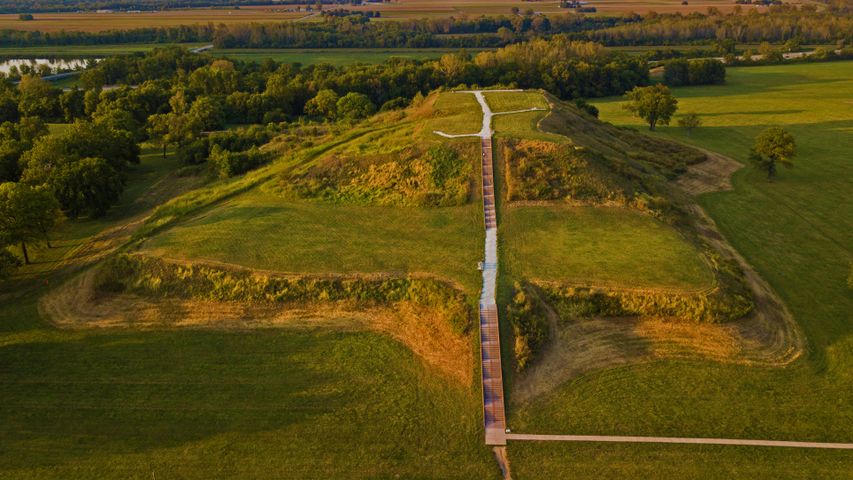 Today we mark Native American Heritage Day and Month with the imposing pyramid now known as Monks Mound, once the center of a city that rivaled any European city of the age in population. Built by people of the Mississippian culture, construction of Monks Mound began early in the 900s CE in present day southern Illinois. By around 1050 the area had grown into a major hub of commerce and agriculture now known as Cahokia. With a population that may have exceeded 40,000 at its peak, Cahokia was the largest urban center north of the great Mesoamerican cities of Mexico and Central America. In the 13th century, for reasons still debated by scholars, the city began to decline, and it was abandoned around 1350. Excavations in the 19th and 20th century revealed a society far more sophisticated and complex than many had believed existed north of Mesoamerica previously.