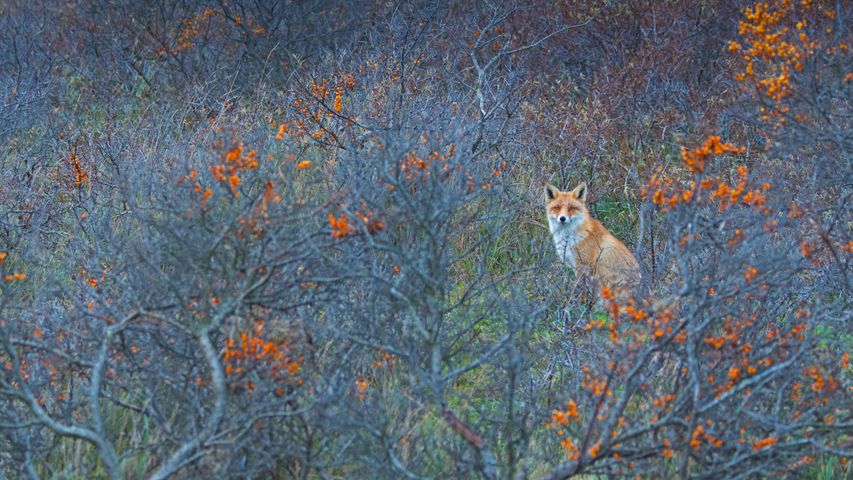 This foxy fellow is sitting pretty among shrubbery at the Amsterdamse Waterleidingduinen Nature Reserve in the Netherlands. Waterleidingduinen means ‘water supply dunes’ and this protected area is home to hundreds of specially designed sand dunes that help filter rainwater. It’s been the source of drinking water in nearby Amsterdam since the 19th century.

The reserve is also home to lots of different types of plants and animals including red deer, roe deer and wild red foxes, hidden in the undergrowth. Red foxes are the world’s largest foxes and are found across the Northern Hemisphere. They stick together with their families, the young often helping to care for the next generation of kits. Traditionally associated with woodland, they are increasingly colonising urban areas. This move is just the latest in a long history of foxes sharing the planet with humans, as they appear in the folklore of Native American, Greek, Celtic and Chinese cultures.

The Cutty Sark in Greenwich, London for her 150th anniversary