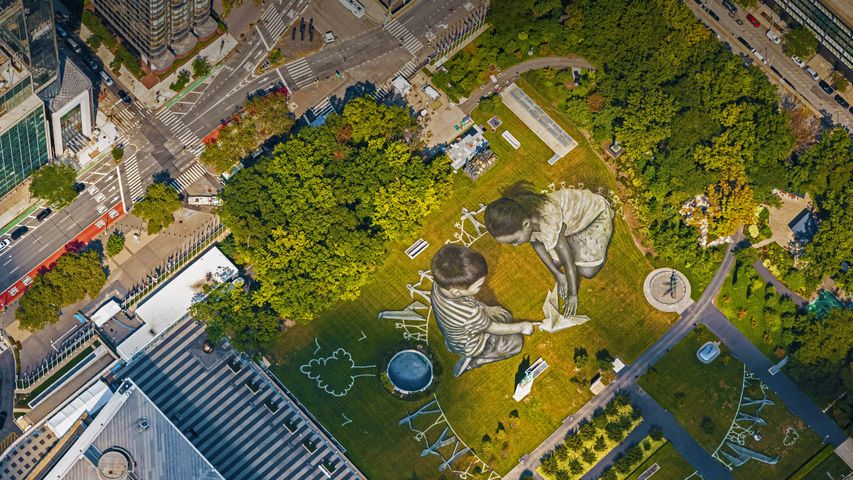 Color, creativity, and fun are three things that go along with being a kid, so what better way to illustrate World Children's Day than with this huge (we're talking more than 100,000 square feet!) piece of 'land art' in New York City, painted by the French-Swiss artist known as Saype. Gifted to the United Nations by Switzerland in honor of the UN's 75th anniversary, 'World in Progress II,' shows two children busily drawing and using origami to create their ideal world.

World Children's Day launched in 1954 as Universal Children's Day, and it's always celebrated on November 20, the date in 1959 when the UN adopted the Declaration of the Rights of the Child. The day is meant to focus global attention on improving the lives of children around the world, and to foster equality and inclusion among the youngest generation. After all, children are our future!