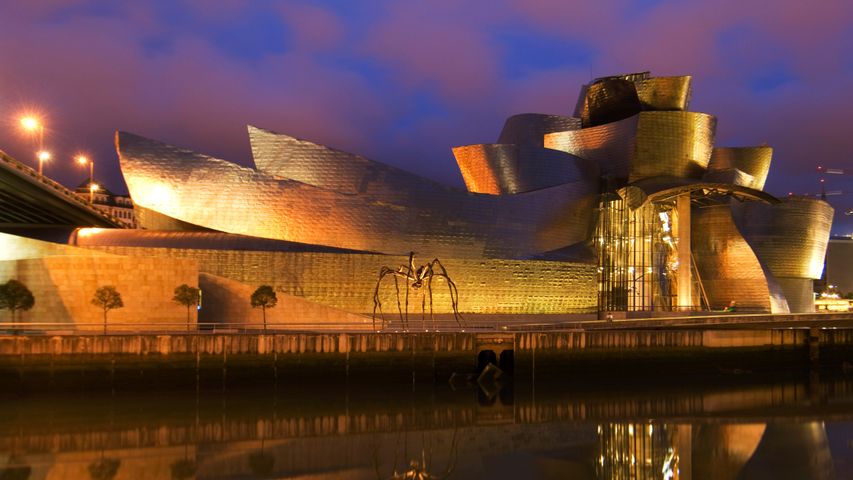 Night outside the museum. The Guggenheim Museum Bilbao

Considered one of the world’s most important architectural works of the past few decades, the Guggenheim Museum Bilbao celebrated its 25th anniversary this year. Designed by famous architect Frank Gehry, the museum changed the skyline of Bilbao, Spain, by transforming the city’s decrepit port area and was dubbed ‘the greatest building of our time’ by the late American architect Philip Johnson.

Since its opening in 1997, the museum has been credited with transforming Bilbao from a gritty industrial backwater into a glitzy travel hotspot - a metamorphosis now described as the 'Bilbao effect'. Cities around the world have been attempting to repeat the formula: Hire a ‘starchitect’ to put a neglected locale on the cultural map, which will in turn attract more investment, prestigious brands and tourism. Some attempts have been more successful than others, but there’s no denying that Bilbao has long since arrived.