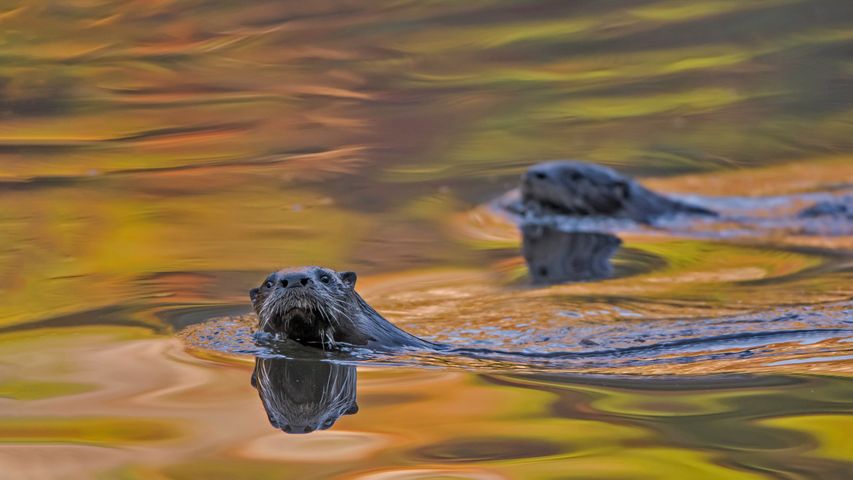 You 'otter' check this out. River otters at Acadia National Park, Maine

You ‘otter’ know something about the creatures in today’s photo. They’re a pair of North American river otters swimming in Maine’s Acadia National Park. Technically, members of the weasel family, these ‘water dogs’ aren’t just locked into rivers. They can be found in waterways and along the coasts across North America. A myopic animal with eyesight adapted to assist with swimming, river otters have a tendency to come right up on humans or boats, usually within a few feet.

They’re active year-round, though they tend to do most of their business at night, which primarily consists of hunting and eating. River otters are highly active predators, usually going after fish but they have been known to munch on fruit, reptiles, ducks, and even the rare beaver. River otters are highly sensitive to pollution, so will tend to disappear from tainted areas. Scientists revere them as trusted bioindicators of the environments where they live due to the way their bodies accumulate various chemical compounds.