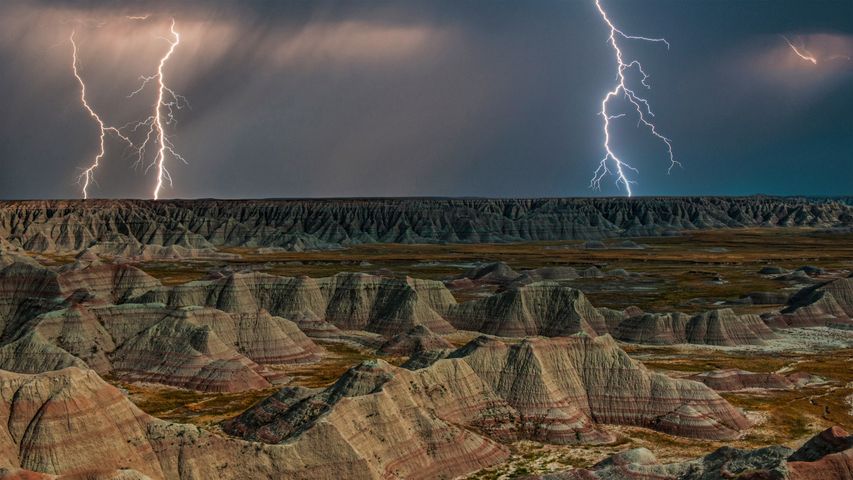 Forty-four years ago today, a rugged, inhospitable area of the US state of South Dakota was designated a national park to protect the many fossils found on the land. For 11,000 years previously, the area was used as hunting grounds by Native Americans. The name we know it by today, Badlands, comes from a phrase of the Lakota Native American people - 'mako sica' - which literally translates to 'bad lands'. Covering nearly 380 sq miles, its dramatic eroded rock formations make it one of the most distinctive landscapes in the United States.

And it's still forming! The US National Park Service says the Badlands erode about 3cm a year - which is fast, in erosion terms. Scientists estimate that within the next half million years, the Badlands will have eroded away completely. So don’t leave that visit too late!