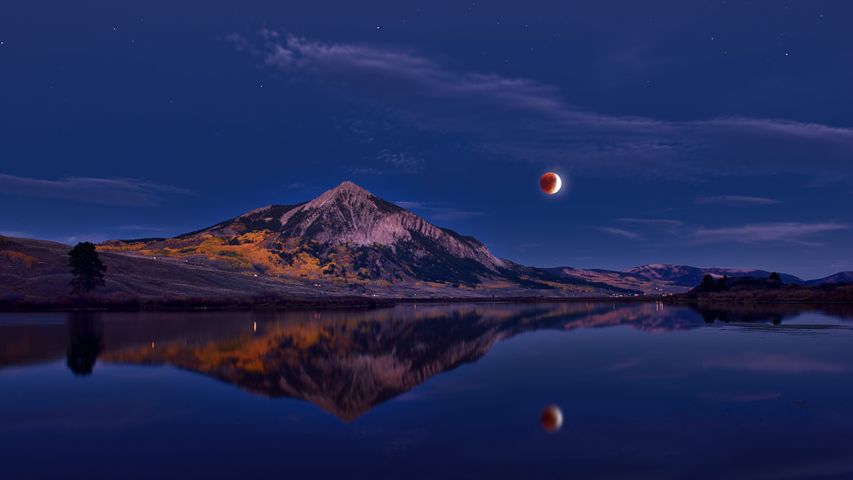 The second blood moon (as lunar eclipses are often called) of 2022 takes to the sky over the Pacific region tomorrow, although it won’t be visible from the UK. However, in parts of Norway, Finland, Sweden, North and South America among other countries, if the sky is clear, the view might look something like our homepage image, taken over Mount Crested Butte, in the US state of Colorado, during the lunar eclipse of 27 September 2015.

While not as rare or dramatic as a solar eclipse, lunar eclipses have some upsides. You can safely look at them without doing any harm to your eyes. They last for hours, while solar eclipses last minutes. And a lunar eclipse is visible from a much larger portion of the planet. It can be seen wherever the Moon is above the horizon at the time of the eclipse. Unfortunately for those of us in the UK, that will be around 10:16am our time, so we won’t be able to see it for ourselves this time - and the next one isn’t due until March 2025.

A weasel looking out of yellow leaves in autumn