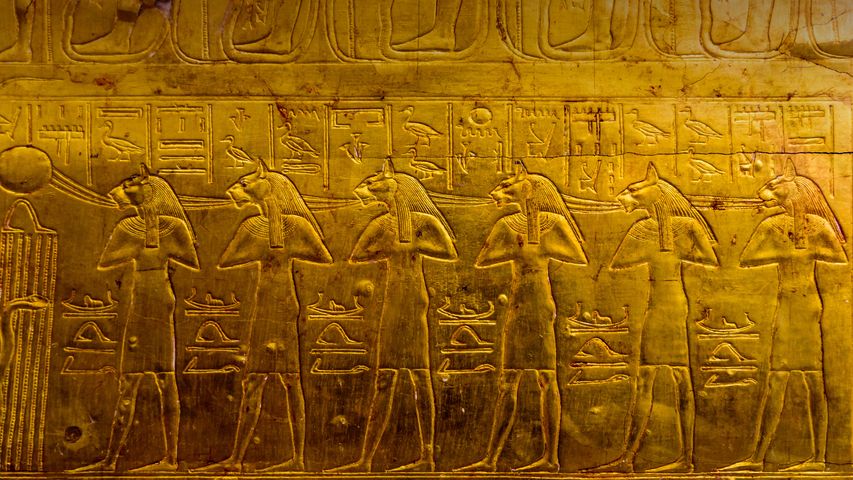 Tomb of the Golden Pharaoh

A hundred years ago today, British archaeologist and Egyptologist Howard Carter discovered the sarcophagus of Tutankhamun, better known as King Tut, in Egypt's Valley of Kings. Though they first uncovered the tomb of the 'boy king' on November 4, 1922, Carter and crew took years to excavate the burial site. What they found astonished the world. It was loaded with more than 5,389 artifacts, including a solid gold coffin, face mask, thrones, archery bows, trumpets, a lotus chalice, furniture, food, wine, sandals, gold caps to protect Tut's toes, and fresh linen underwear. Because you should always bring clean undies, even when you're crossing into Duat, the realm of the dead.

Though Tut is considered a minor pharaoh by historians, the discovery of his tomb was one of the most significant in the history of archaeology. The burial site was remarkably well preserved – unlike many neighboring tombs, it was untouched by grave robbers thanks to debris covering the entrance for most of the tomb’s existence. In the 1960s, Egypt allowed the treasures of King Tut to leave the country for display, and the exhibit has travelled the world numerous times. Today, King Tut's death mask and sarcophagus are displayed here at the Egyptian Museum in Cairo.