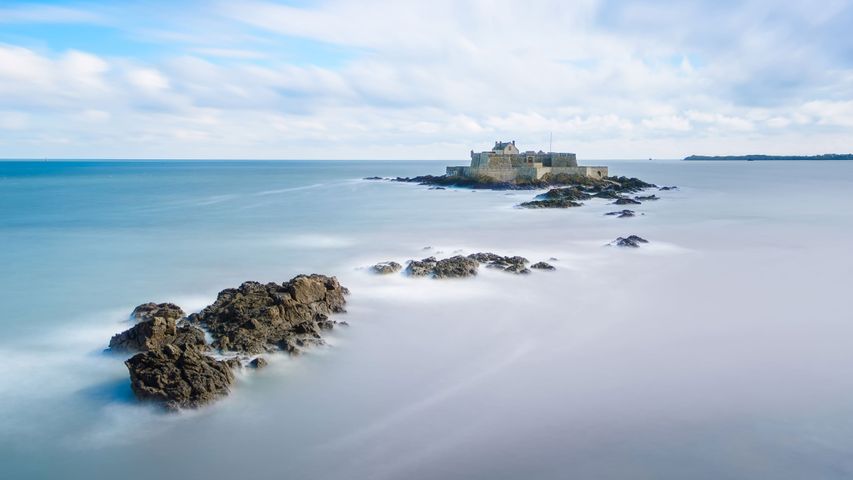 In today’s homepage photo of the national fort of Saint-Malo taken at high tide, it is easy to imagine that the city floats on the clouds. Surrounded by its ramparts, this corsair gem has fought numerous memorable battles against its enemies, often from England. The bay was fortified in the 17th century thanks to Garangeau who built, according to Vauban's plans, four forts on islets: the Conchée, the Fort National, the Fort du Petit Bé and the Fort Harbour. Further offshore, the island of Cézembre also formed a bastion.

Saint-Malo has always been a magical place to experience the tides. The distance between low tide and high tide is one of the largest in the world. At low tide, the tidal island can be reached by foot, but when high tide is combined with strong winds from the northwest, nature reigns over the city and some squares of St-Malo are found under a few centimetres of water.