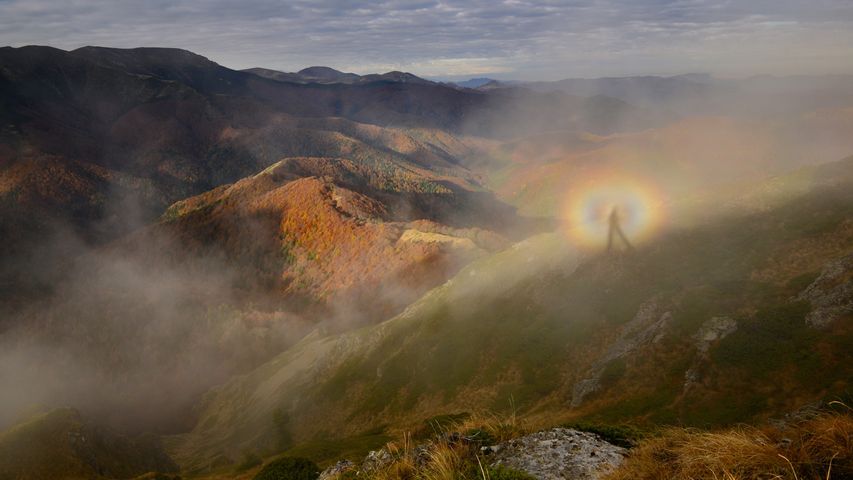 With Halloween around the corner, we present the ghostly image of a Brocken spectre. Despite appearances, and the season, there’s nothing paranormal about a Brocken spectre. It’s the magnified shadow of an observer cast in mid-air upon a cloud opposite a strong light source. Brocken spectres are rare, but if you climb a mountain at dawn, you may be fortunate enough to witness the effect on the misty slopes.

While the spectre, also known as a Brocken bow, mountain spectre, or spectre of the Brocken, can appear anywhere in which conditions are right, the thick fogs of the Brocken, a peak in the Harz Mountains in Germany, have created a local legend from which the phenomenon draws its name. The Brocken spectre was observed and described by Johann Silberschlag in 1780 and has been recorded often in literature about the region.