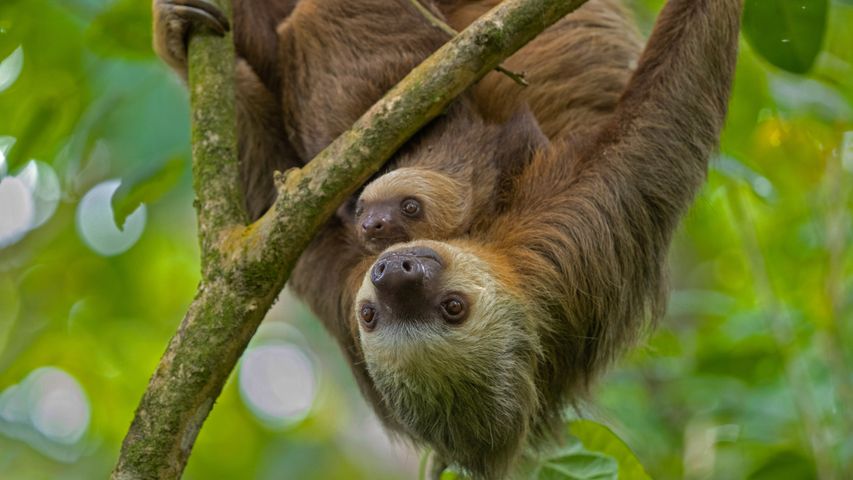 Is there another animal that has as coveted a life as the sloth? Your answer depends on how highly you rate the ability to just laze around all day, but in honour of International Sloth Day, let's all just embrace slothfulness. If you want to live the sloth life, head outside and hang upside down in the nearest tree. You won't be able to dangle there as long as a sloth though, because they spend most of their lives doing it. Their arms, legs, hands, and feet evolved for literally 'hanging around' like the pair of Hoffmann's two-toed sloths in today's photo.

Two-toed sloths might be better named two-fingered. They have three toes on their hind legs Even still, two-toed and three-toed sloths are distantly related, despite a shared preference for living the slow life in rainforests. The mother and child in today's photo are chilling together in the coastal town of Costa Rica. They won't be together forever, though, as part of the sloth's 'best life' is living alone. Adult sloths rarely interact with one another – though sometimes females will get together and, assumedly, hang out.

Valletta, Malta, one of Europe’s capitals of culture for 2018