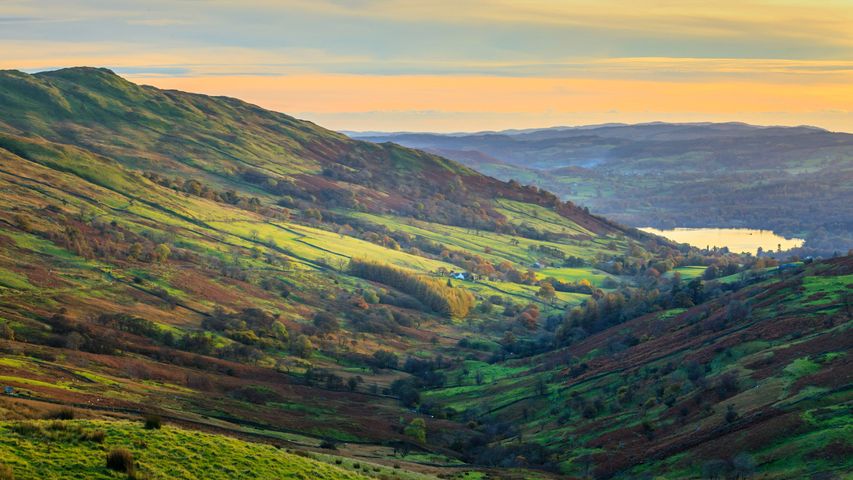 This scene comes to us from the vast Windermere valley, which stretches out from the central mountains of the Lake District in Cumbria, north-west England, towards the sea at Morecambe Bay. At its heart is Windermere, featured in today's image, which is England’s largest and longest natural lake. With 18 islands of its own, Windermere is 67 metres at its deepest point, and is an example of a ribbon lake formed when glacial ice retreated more than 10,000 years ago. Ocean sediments, volcanic eruptions and glacial movement have all played a part in forming this stunning landscape of mountains and lakes over 500 million years.