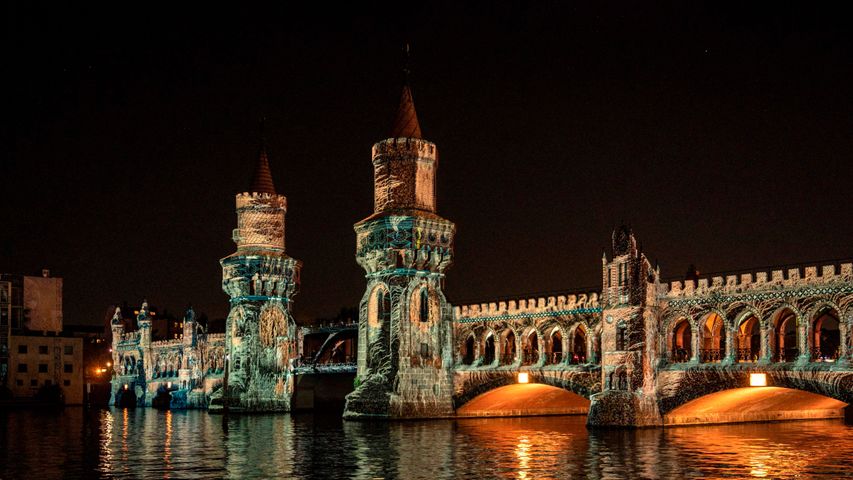 An old bridge in a new light. Berlin Festival of Lights

The double-decker Oberbaum Bridge is one of Berlin's most beloved and iconic landmarks. For centuries the Oberbaum Bridge connected the two districts of Friedrichshain and Kreuzberg until they were separated by the Berlin Wall from 1961 to 1989. The first bridge at this spot was built in the 1700s, although the current road-and-rail Oberbaum was constructed at the end of the 19th century.

It remains an important symbol of unified Berlin, and a prominently featured landmark in the city's annual, weeklong Festival of Lights, which begin…..