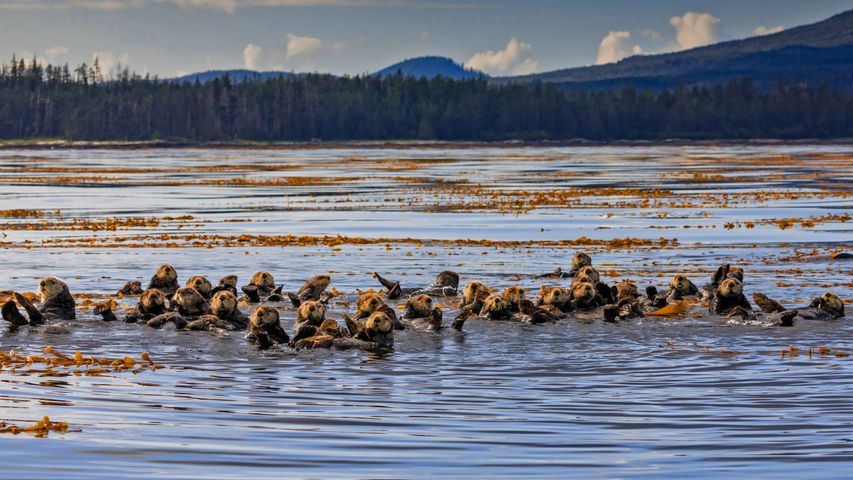 Officially called Enhydra lutris, and unofficially known as the cutest creatures that float, these sea otters in Sitka Sound, Alaska, are doing what otters do, showing us that it truly does take a village, in this case a flotilla. Groups of either males or females (sometimes with pups), are appropriately named rafts. Male rafts tend to be larger and can number more than 1,000 individuals. Their buoyant bodies indeed work like literal rafts, standing in as cradles, dinner tables, or any kind of solid surface. That’s handy because otters spend the vast majority of their lives in the water, even giving birth in the sea. Although they seem to live carefree lives, frolicking and grooming and diving, they also serve an important role in keeping their aquatic ecosystems healthy, something to remember this week as we mark Sea Otter Awareness Week, observed every year during the last week of September.

Vineyards at Rotenberg in Baden-Wuerttemberg, Germany