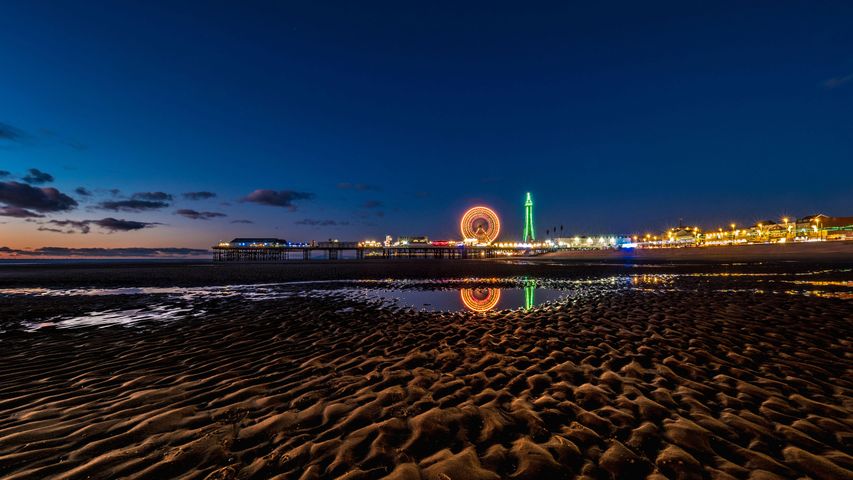 As the summer season comes to an end, this famous Lancashire seaside resort prepares for its main event. Blackpool Illuminations have been an annual occurrence in the English town every year since the end of World War Two. The first illuminations took place in 1879 with eight arc lamps, attracting much interest at a time when people used candles to light their homes. The first large-scale illuminations arrived in May 1912, when 10,000 lights were used to decorate the Promenade for Blackpool’s first royal visit. In the time since they have grown in size and scale.

These days, more than one million lights festoon six miles of the Promenade, covering buildings, trams, piers, fairground rides and Blackpool Tower, alongside illuminated tableaux and interactive installations. The Illuminations run for 66 nights a year and cost more than GB£2 million – the electricity bill alone is thought to be around £50,000. However, it is estimated they generate about £250 million extra revenue for this north-west town.

In recent years, the event has switched to LED lights and renewable energy sources to reduce the bill and the carbon footprint, while still attracting about 3.5 million visitors a year to this corner of the Fylde Coast.