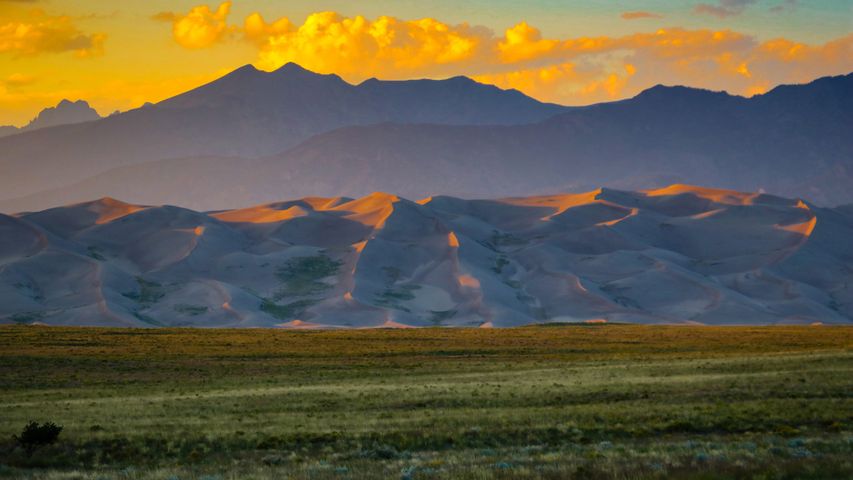 The Great Sand Dunes National Park and Preserve boasts 230-metre sand dunes – the tallest in the United States – that cover approximately 78 square kilometres. But these towering sand dunes are just one feature of a Colorado landscape that includes conifer forests, alpine lakes and wetlands. The park and preserve even encompasses stretches of tundra at higher elevations, where it is close to the base of the Sangre de Cristo Mountains.

Initially proclaimed a national monument in 1932 by President Herbert Hoover, the territory was redesignated as Great Sand Dunes National Park and Preserve on 13 September 2004, and the size of the park was quadrupled. The park and preserve provide ample and wildly diverse activities for visitors, from sandboarding and sandsledding down the steep dunes to hiking, camping, horseback riding and biking.