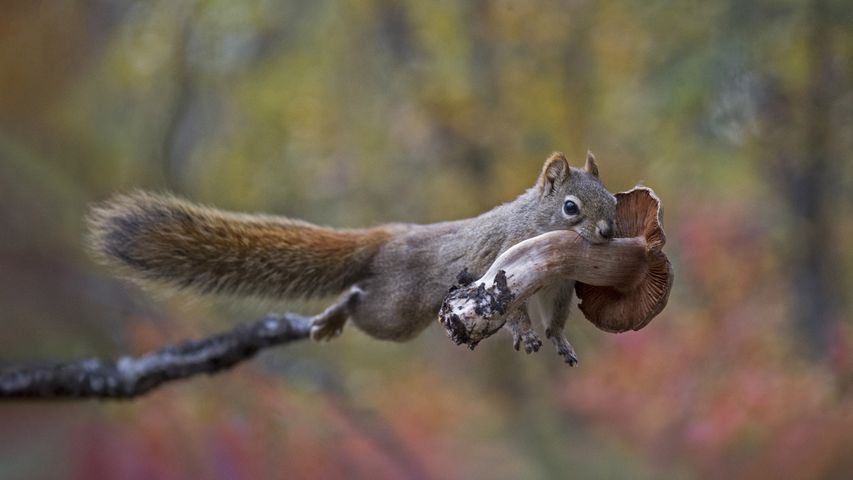 The red squirrel, a species of tree squirrel in the genus Sciurus, is most commonly found throughout Europe (though numbers have decreased in recent years due to competition from the more robust grey squirrel), Asia, and North and South America. As the name suggests, red squirrels have thick coats of red fur, which moults to produce a more chocolate-coloured coat in winter. They use their most distinctive feature, their large, bushy tails, for balance while climbing and jumping between tree branches. They have exceptional vision which allows them to move quickly within the tree canopy while foraging.

The red squirrel in today’s image has used these natural abilities to forage a large mushroom. It might surprise you, but squirrels don't only eat nuts. They'll eat whatever's around and can even digest mushrooms that are toxic to humans thanks to special proteins in their guts. Red squirrels are largely vegetarian, preferring to feed on a wide selection of fruits, seeds and berries. As they have high metabolic rates, they need to eat 5% of their body weight each day in food – luckily for the squirrel in our photo, that mushroom should keep him satisfied for a while!