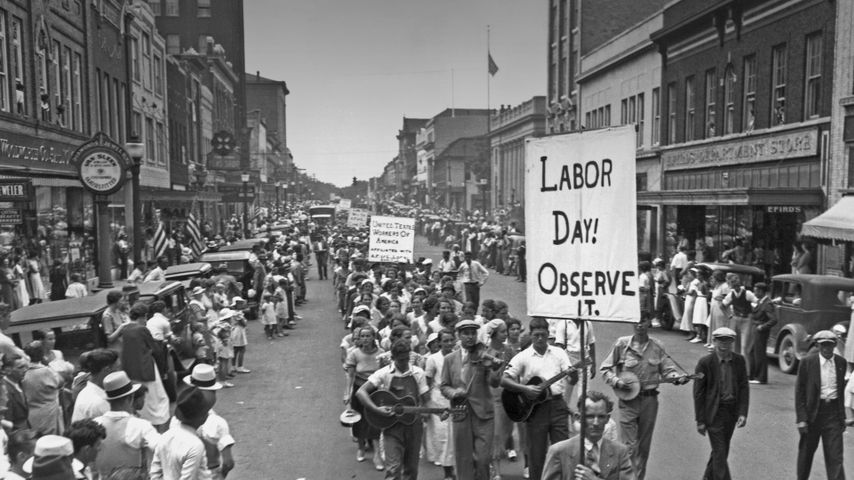 Our historical Labor Day photo shows striking textile workers taking to the streets of Gastonia, North Carolina, voicing their grievances and seeking support for their cause. By the time of this 1934 strike, the textile industry had been struggling for years to keep pace with the economic times, and workers were struggling as their wages were cut while their workloads increased. Things came to a head after the National Industrial Recovery Act became law in 1933, leading to the formation of the Textile Industry Committee meant to represent the interests of business owners, consumers, and workers—but this only led to shortened workweeks, effectively reducing wages by 25%. Workers rushed to join the United Textile Workers union to get their voices heard and demand improved conditions.

On Sept. 1, 1934, some 65,000 North Carolina textile workers stayed home, shuttering the state's mills. When this photo was taken on Sept. 3, the workers were hopeful that they could achieve change. The governor called out the National Guard to protect the mills, and a couple of weeks later the strike effort crumbled due to lack of union resources and a surplus of fabric on the market. President Franklin Delano Roosevelt did go on to appoint a committee to mediate the situation, and the consensus was that the textile workers' grievances had substance and should be investigated further. Unfortunately, the actual investigation never happened.