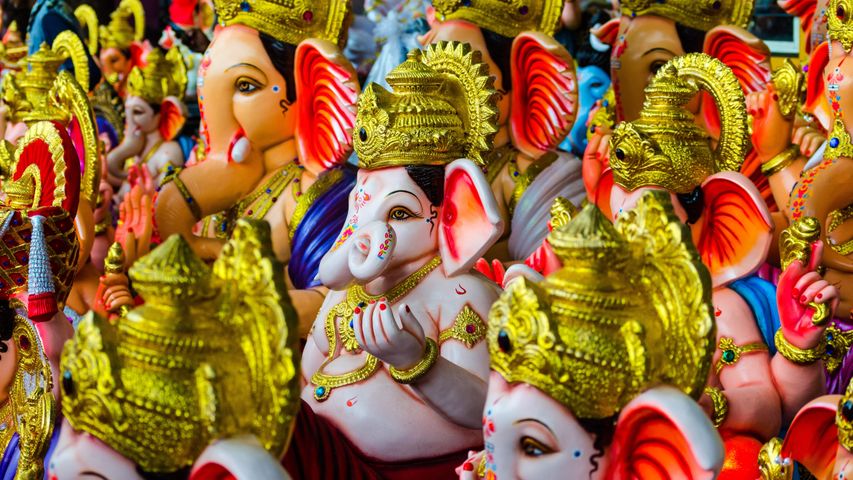 The lord of all beginnings. Ganesha Chaturthi

Ganesha Chaturthi, also called Vinayaka Chaturthi, is a Hindu festival that is celebrated for 10 days every year. The festival is celebrated in the Bhadra month as per the Hindu calendar which generally falls in mid-August to September. It marks the birthday of the beloved elephant-headed Lord Ganesha.

Ganesha is known as the God of wealth, sciences, knowledge, wisdom and prosperity, and that's why most Hindus remember him and seek his blessings before starting any important work. Lord Ganesha is known by 108 different names like Gajanana, Vinayaka, Vighnaharta among others.

Life-like clay sculptures of Lord Ganesha are made a couple of months before the day of Ganesha Chaturthi. Special prayers and hymns are performed in front of these idols and devotees seek Lord Ganesha’s blessings. The festival is celebrated with great devotion and joy by Hindus throughout the world. In India, it is majorly celebrated in states including Maharashtra, Gujarat, Goa, Madhya Pradesh, Karnataka, and Telangana.