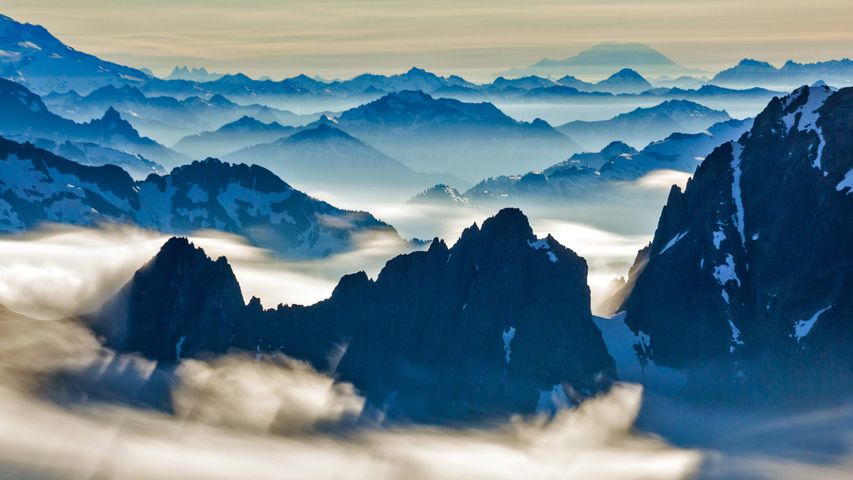 Today we’re at one of the most stunning natural landscapes in the United States, North Cascades National Park. This image, of the Triplets and Cascade Peak, is taken from atop Forbidden Peak. North Cascades is one of three national parks in Washington state (the others are Olympic and Mount Rainier). North Cascades is also the state’s newest national park, created in 1968, and contains more than 200,000 hectares of steep mountain peaks, vast forests and many waterways. It boasts the most expansive system of glaciers in the Unites States outside of Alaska.

Most of the park is protected as wilderness so there are few roads, structures or signs of human impact. And even though it’s within 160 kilometres from the metropolises of Seattle and Vancouver, Canada, it's relatively isolated – meaning you may feel as though the more than 300 glaciers and 300 lakes of the “American Alps” are all for you.

On the John Muir Trail near Mammoth Lakes, California, USA