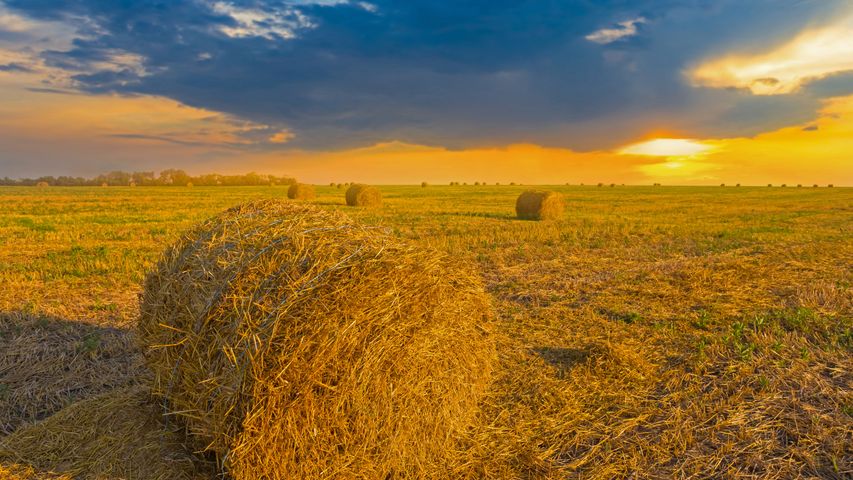 Ukrainian Independence Day takes on a greater meaning this year, as Russian troops occupy its eastern provinces and the invader’s shells rain down on its citizens. On 24 February, Russian President Vladimir Putin ordered the invasion of Ukraine in a major escalation of the Russo-Ukrainian War that began with Russia’s annexation of Crimea in 2014. Nato and Europe have rallied to Ukraine’s cause, and a war that many expected to last weeks has stretched into months, with the Western-backed Ukrainian forces thwarting Putin’s ambitions and not showing any signs of relenting.

Today we show our solidarity with the people of Ukraine with this image that evokes their national flag. A field of golden wheat below a bright blue sky. Ukraine, together with Russia, has long been known as the ‘breadbasket of Europe’. In recent years, Ukraine has been the world’s fifth largest exporter of wheat, accounting for 7% of global sales. Grain yields are high partly because Ukraine is home to a quarter of the world’s highly fertile ‘black soil’, or chernozem. Disruption of Ukrainian wheat production and distribution, and the theft of its grain by Russia, threaten to disrupt the world’s food supply chain. We can only hope the people of the besieged nation retain the independence they have strived for.