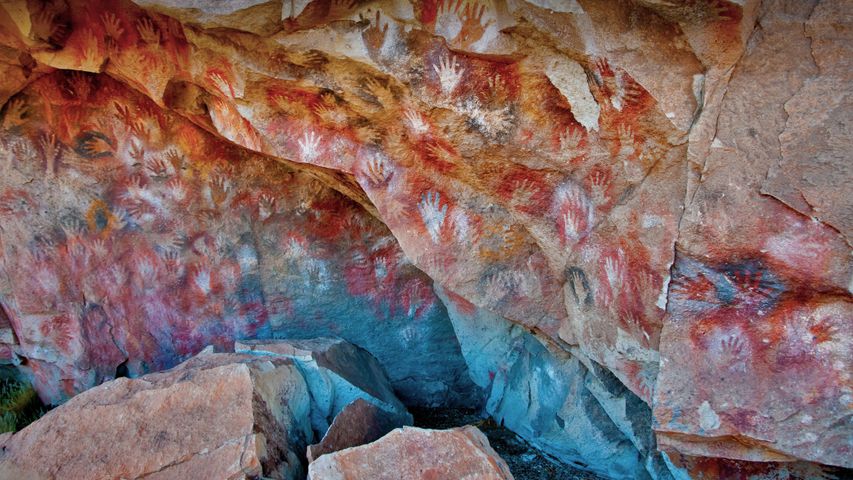 What at first glance appears to be graffiti on a rock wall is, in fact, artwork created by the first human settlers of this remote region deep in Argentine Patagonia. It’s thought that the cave paintings were made between 13,000 and 9,500 years ago. The archaeological site is known in Spanish as the Cueva de las Manos (Cave of the Hands). It’s the largest display of prehistoric handprints in the world, made all those years ago by people holding a hand against the rock wall and blowing pigments through tubes made of bone. Of the 829 black, white, red and ochre prints, most are of young male hands. One print has six fingers, and only 31 are of right hands.

The cave paintings were created over thousands of years by ancestors of the Tehuelche people. Archaeologists have hypothesized that the artists were hunter-gatherers. This theory is supported by the fact that depictions of guanacos (a relative of the llama, and the main source of food at the time); rheas (large flightless birds); and hunting scenes are even older than the handprints. Today the Teheulche continue to live in Patagonia near the southern border between Argentina and Chile.