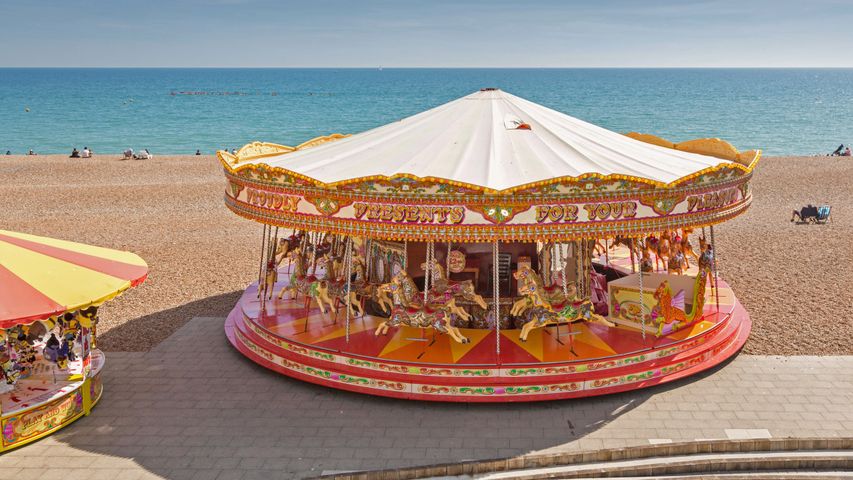 Today, we’re celebrating a necessary staple of fairs, carnivals, and boardwalks: the merry-go-round. You may know it as a carousel, like the Golden Gallopers Carousel at the seaside in Brighton, England, seen in today’s photo. Possibly derived from the Spanish ‘carosella,’ meaning ‘little war,’ carousels have an extensive history that goes back centuries, with roots in medieval jousting competitions. As the wargame grew in popularity, commoners without horses started to participate, and carousels soon appeared at popular fairgrounds. The popularity of carousels led to many advancements over the years, including the up and down galloping menagerie of animals real and imagined, and the instantly recognisable music that became widespread after 1803.

July 25 is an important date in the history of the carousel. On this day in 1871, the first US patent for a carousel was issued to William Schneider, thus designating him the ride’s official inventor. Once fully patented, the carousel in the US entered its ‘golden age.’ Nearly 3,000 of them were made between the 1880s and 1930s. These days, it’s believed less than 175 of those classic wooden carousels are still operating. The National Carousel Association was formed in 1973 to conserve and restore these works of art for future generations to appreciate.