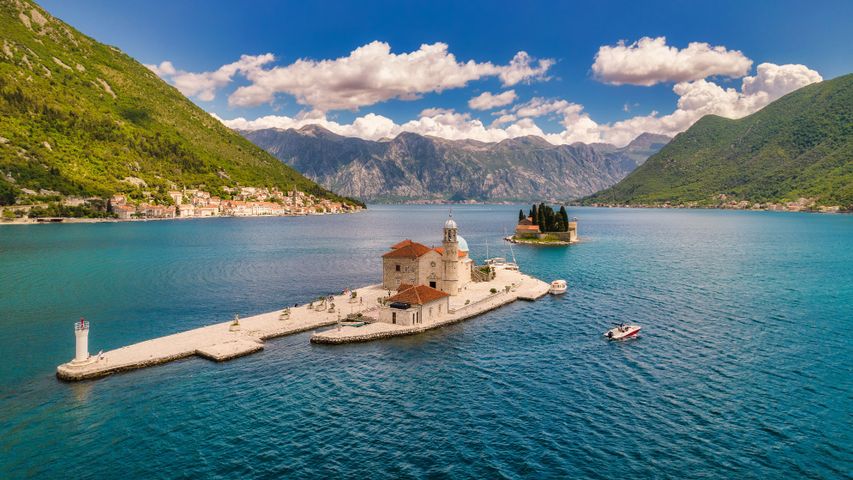 An island made from a vow. Our Lady of the Rocks

Local legend here in Perast, Montenegro, has it that two brothers were returning from a dangerous sea voyage in 1452 when they spotted an icon of the Virgin Mary and Child in the waters near Saint George, a natural island in the Bay of Kotor. One of the brothers had injured his leg on the journey, but in the morning it had healed. Taking this as an omen, they vowed to honor the Virgin Mary by building her a church on the spot where they'd found the icon. They began dropping stones there, and even scuttling old ships. A tradition was born, and over decades, the fishermen of Perast would drop a stone in the water at that spot before heading to sea.

Over time an island rose out of the bay and a church was erected on it. The centuries since have seen tumult, war, pirate attacks, and at least one devastating earthquake, but Our Lady of the Rocks still stands. The tiny isle continues to grow, as each summer on the evening of July 22, the town celebrates Fašinada, a ritual procession of barges and boats that take more stones to Our Lady of the Rocks. The church is decorated with 68 frescos by local artist Tripo Kokolja (1661-1713) and boasts more than 2,500 silver votives donated by locals.

Hammock camping on the Econlockhatchee River in Florida