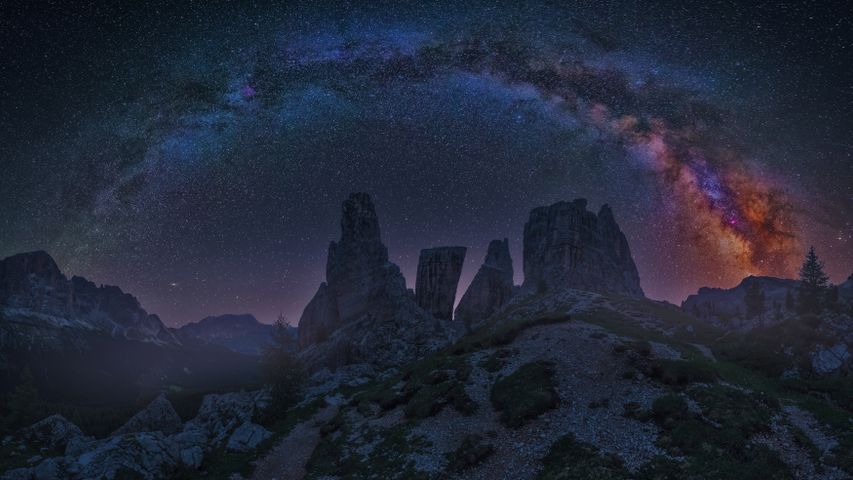 Few places in Europe offer the opportunity to take in the Milky Way like the Dolomites. Far from cities and light pollution, and more than 3,000 metres above sea level, the Dolomites offer a stunning night sky above shear, jagged peaks. Also known as the Pale Mountains, the Dolomites are named for the carbonate rock they are composed of, which was in turn named after 18th-century French mineralogist Déodat Gratet de Dolomieu, the first scientist to describe the mineral.

The Dolomite region in northeastern Italy has more than 2,100 named mountains, including the “Queen of the Dolomites”, Marmolada, whose Punta Penía is the highest peak of the range. Nature lovers, hikers and climbers visit the Dolomites in large numbers in summer, and the slopes are dominated by skiers and snowboarders during the long winter months. One sure way to appreciate the Dolomites’ impressive peaks is to take a hot air balloon over the range.

View of Fremont Peak in the Bridger Wilderness of Bridger-Teton National Forest, Wyoming