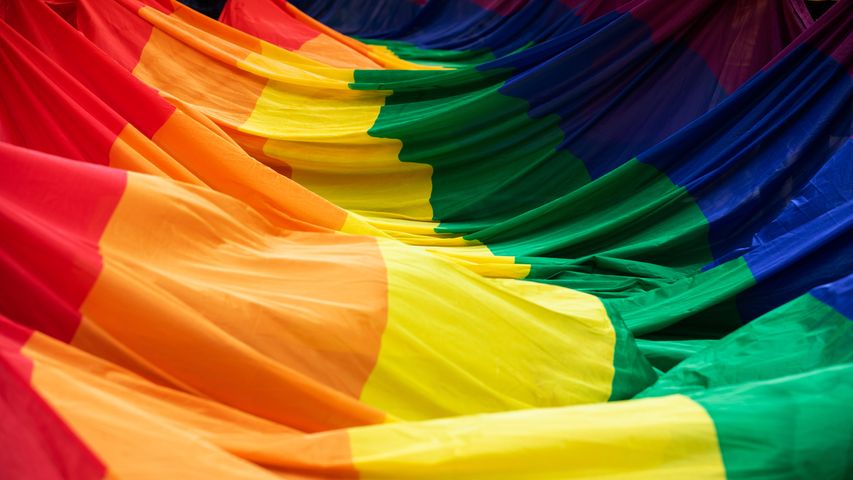 Flying the flag for Pride. Pride 2022

We’re celebrating Pride, a time when the focus turns to the LGBTQ+ community and a celebration of gay rights. The first pride parades took to the streets in the US in New York, Chicago, San Francisco, and Los Angeles in June 1970, remembering the Stonewall Uprising in Greenwich Village, New York City, the previous year. In the early hours of 28 June 1969, police dragged staff and patrons from the Stonewall Inn bar, a gay venue, sparking six days of protests.

The first official UK pride festival was held in London in 1972. The last two years have been cancelled due to the pandemic but the London parade will return for its 50th anniversary on 2 July, tracing the route of the historic 1972 march. June is officially Pride month in the UK but Pride parades and festivals are being held across the country over the summer right up until the end of September.

Our photo today, of course, is the now-iconic rainbow flag that symbolises LGBTQ+ Pride. It’s a lively, hopeful statement that promotes inclusivity and acceptance. Long may it wave.

Order of Play boards on Centre Court at the All England Lawn Tennis Club, Wimbledon, London